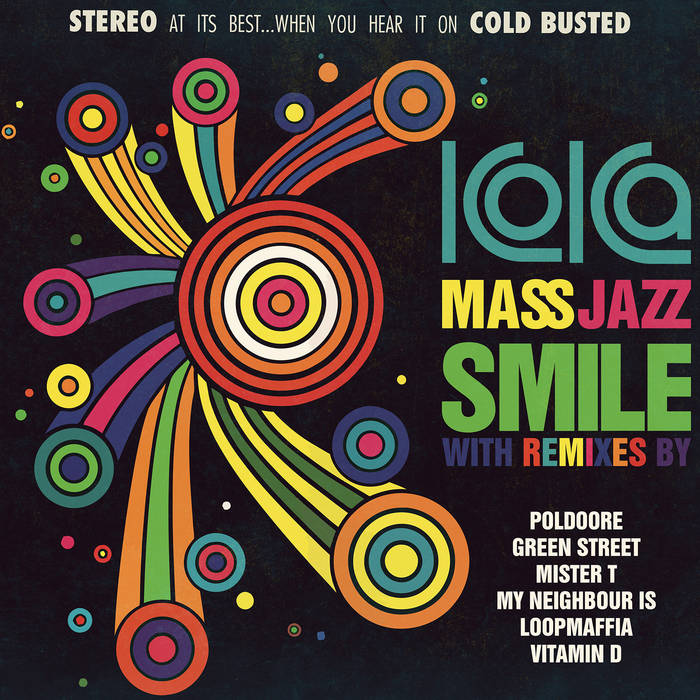 Koka Mass Jazz is the solo-project-turned-party from Konstantin Katsarski. Katsarski is a sound designer, musician, songwriter, composer, producer, and engineer -- he does it all -- based in Sofia, Bulgaria. Konstantin could remain a solo artist, but after creating the concept of Koka Mass Jazz in 2013 a band of musicians quickly became involved. Their sound is that of a drunken funk brigade … fun and full of embellishments. Listeners can expect this talented group's work to cover styles ranging across funky breaks, nu jazz, funk, soul, and even a bit of afro-beat. Much of the music and arrangement of the songs are composed by Katsarski while the lyrics are written by Denitsa Georgieva.

Their first single release, "Smile”, made its way onto the Bust Free 16 compilation, also serving as the first single from their forthcoming album Groovy Jam Shoes. The original shines bright enough to get anybody out of their shell -- it's a true, feel good funk party starter. For this follow-up, we pulled from our collective family of producers to provide an eclectic, beat-heavy remix package as only their roster could.

The young, prodigious Belgium-based talent Poldoore twists and squeezes "Smile" out into a model nu-disco affair with cut up vocals for added energy. In the hands of the Green Street the song is somehow made even funkier with extra drum rolls and only the best bass line bits. mister T. steps up to the plate with the release's most club-friendly remix … the Athens transplant gives it some serious Greece with a sleazy electro drum break and lead synth. Diving deep into that Cold Busted downtempo sound the world has come to know and love, Manchester's My Neighbour Is packs things into a condensed form while the Polish producer LoopMaffia extends the original elements out in his subtle, and slightly psychedelic, Moonsoul Dub. To wrap up the single, label boss Vitamin D delivers a more linear Re-Edit alongside an instrumental version of the mix from Green Street.

Bandcamp Daily  your guide to the world of Bandcamp